Are combination therapies the answer to battling KRAS cancers?

Dr Ulrich Dünzinger and Kristie Fernamberg talk about their work with the SOS1 KRAS inhibitor to block tumour-triggering signals. 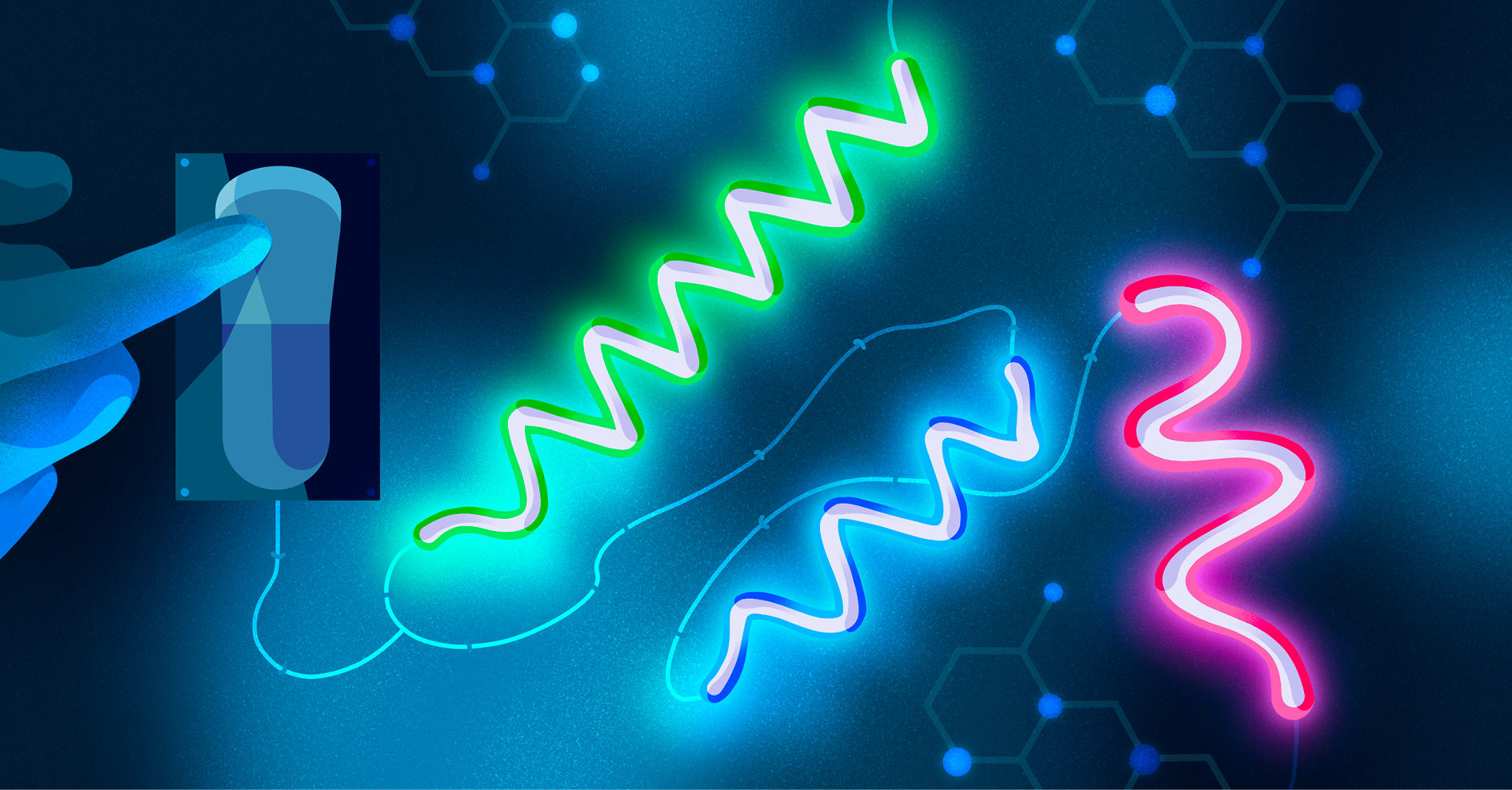 Today, one in three cancer diagnoses are linked to a single protein in the body – KRAS. Responsible for many of the largely untreatable cancers – such as pancreatic, lung and colon – it tells healthy cells to grow too quickly, leading them to develop into tumours. Put simply, KRAS is a killer.

But a new combination therapy we have in trial is working to deactivate the protein, effectively turning it off like a light switch. Dr Ulrich Dünzinger, who is leading the project, calls it a “game-changer” for patients with KRAS cancers.

“Our treatment has the potential to be revolutionary. We're not saying we can cure people, but I'm certain we have a great shot at giving them a better quality of life.”

So why is targeting this protein so key? “If we look specifically at pancreatic cancer for a moment, any oncologist will tell you it’s incredibly difficult to treat. If you don't catch the disease early – and it's basically never caught early – then the patient is going to die at some point from their disease. And typically, that will happen in less than a year.”

“Our treatment has the potential to be revolutionary”

“More than 85% of pancreatic cancer patients have a KRAS mutation triggering their cancer, which basically means eight out of 10 will be eligible for our therapy. That’s a really significant statistic for people who knew that they were going to die before.”

Scientists have long sought out therapies to tackle this difficult protein, says Medical Advisor Kristie Fernamberg. “We used to refer to it as being undruggable. Then breakthroughs were made in the industry with the first inhibitors for G12-C, a specific mutation of KRAS. This innovation enabled scientists to control it, but because it was only one strain of the protein, it only benefitted a small group.”

“In general, up to a third of patients actually have a KRAS mutation, which is more or less driving their disease. If we're able to address all of these cancers and help all of these patients, that opens up a completely different perspective to treatment,” adds Ulrich.

They started looking at combinations, not just in their approach to therapies, but in the drugs themselves – creating compound treatments. Ulrich says, “We realised this was where the real magic was happening. It’s basically where all of oncology is heading.”

The most advanced compound in clinical trials, explains Ulrich, is the SOS1 pan-KRAS inhibitor, which works by keeping the protein inactive in an “off” state, so the healthy cells are no longer being told to mutate. It could be an ideal core element for many combinations.

“If we're able to address all of these cancers and help all these patients, that opens up a completely different perspective to treatment”

Of course, the SOS1 KRAS inhibitor isn’t the only treatment Ulrich and his team are working on. “It’s important to note that we have many combination options with this compound. Combining it with chemotherapy is an avenue that we're pursuing. And we’re also combining with a known anti-cancer agent, Trametinib.” Combinations with G12C inhibitors are also being tested, with the SOS1 pan-KRAS inhibitor keeping KRAS in the off state, which the G12C inhibitor can then lock.

And moving forward? “We're going to need more combinations, because cancer is a complex disease that adapts to the body's immune system and changes in metabolic processes. We know we need to collaborate with the best minds in oncology to advance the science.”

“Until recently KRAS was an undruggable target. Really, this is a scientific success story even before it even reaches the first patient.”

Learning to tackle skin conditions without a cure.